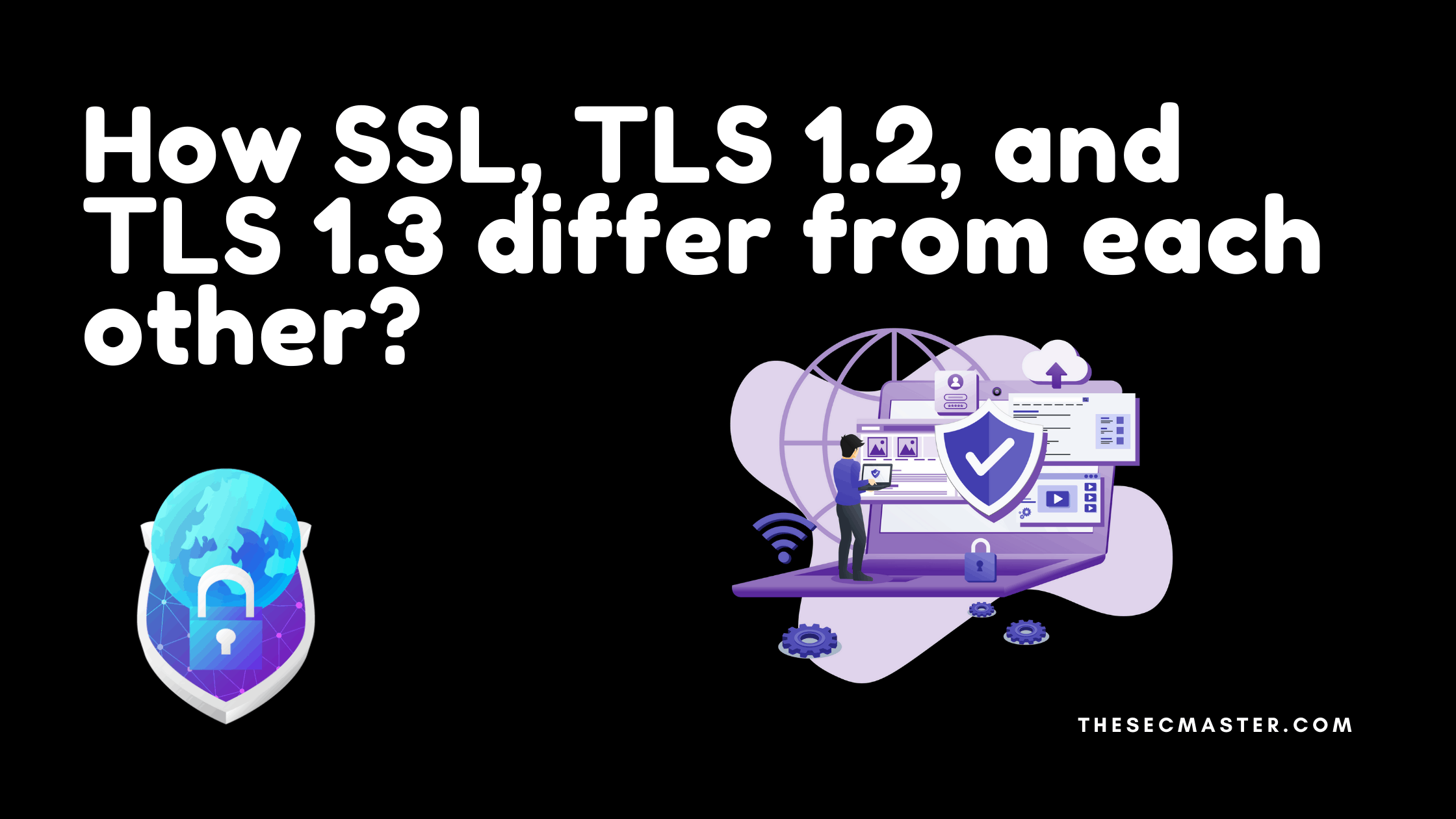 SSL/TLS is a network encryption protocol that provides encrypted communication on the Internet. Netscape, a famous web browser company of 1990, first developed SSL and added that to their browser. Later it was termed as TLS by Internet Engineering Task Force with a group of companies, including Netscape and Microsoft. SSL 1.0 was never released to the public. SSL started its journey in 1994.

The history of SSL/TLS goes back very early on to the says of the world wide web. Let’s see the journey of SSL/TLS in chronological order:

It’s one of the vital things to know when you are dealing with SSL/TLS. Cipher suite is a set of algorithms that helps to secure a TLS session. One cipher suite is made up of three cryptographic algorithms.

Encryption is the main reason to use SSL/TLS. ‘Key’ is the primary entity in encryption. Encryption doesn’t work without keys. So we thought it is important to show the logic behind the key exchange.

The mathematical formula to create an encrypted key is g^a mod p.

Step 1: When the Client requests a connection to the Server. The Server sends a public certificate with ‘p’ and ‘g’ values.

Step 4: Both Client and Server exchange their encryption keys.

Step 5: Both Server and Client use the same mathematical function to calculate the key.

K works as a symmetric key.

As there is no significant difference between TLS v1.0, TLS v1.1, and TLS v1.2. On top of that, TLS v1.2 is more close to the universe. We thought it’s good to explain the TLS v1.2 handshake process. In TLS v1.2 there are plenty of messages move back and forth between Client and Server. We will look at those in the step by step process. For a detailed process, visit here: Decoding TLS v1.2 protocol Handshake with Wireshark

Step 1: The entire handshake process starts with the Client sending a “client hello” message to the Server. This message consists of cryptographic information such as supported TLS protocols, all supported Cipher Suites, 28-byte random number, UTC time, session ID, and URL of the Server.

Step 2: In response to the Client’s “client hello” message, the Server sends with “server hello” message. This message includes the highest supported TLS protocol, CipherSuite, that the Server has chosen out of the ones offered by the Client. The Server also sends its certificate along with the session ID, UTC time, and another 28-byte random number.

Step 4: After the Server receives the pre-master secret, the Client and the Server both generate a master key along with session keys (ephemeral keys). These session keys will be used to symmetrically encrypt the data.

Step 5: The Client now sends a “Change Cipher Spec” message to the Server to let it know that it will switch to symmetric encryption using session keys. Along with it, it also sends a “Client Finished” message.

Step 6: In reply to the Client’s “Change Cipher Spec” message, the Server switches its security state to symmetric encryption. The Server concludes the handshake by sending a “server finished” message.

To complete all this process, it may take 0.25 to 0.5 seconds. In HTTPS, the initial half of the second goes into completing the TCP and TLS handshake protocol before exchanging the application data. That is why HTTPS sites would take a longer time to load than HTTP.

The latest release of the TLS protocol is v1.3. The main idea behind this version is to reduce the time of the handshake process by reducing the back and forth messages between the Client and the Server. This shortened handshake process lets the exchange of application data to began in the way faster than older versions of TLS protocols.

Step 2: In reply to the “Client Hello” message, the server replies with the chosen key agreement protocol. The “Server Hello” message also contains the Server’s key share, its certificate, and the “Server Finished” message.

Step 3: Now, the Client checks the certificate shared by the Server, generates symmetric keys as it has the key share of the Server, and sends the “Client Finished” message. From this point, both the Client and the Server start communicating by encrypting messages.

In TLS v1.3, the whole process is shortened from six steps to three steps. This saves approximately 25% to 50% of the time to complete the TLS process.

SSL/TLS is a network encryption protocol that provides encrypted communication on the Internet. Netscape, a famous web browser company of 1990, first developed SSL and added that to their browser. Later it was termed as TLS by Internet Engineering Task Force with a group of companies, including Netscape and Microsoft. SSL 1.0 was never released to the public. SSL started its journey in 1994.

What is the difference between TLS and SSL?

Technically, SSL v3 and TLS v1.0 are the same. In 1996, the Internet Engineering Task Force formed a group gathering several companies, including Netscape and Microsoft, to study standardized version of web browser encryption. The group decided to change the name from SSL to TLS in 1999. That’s how TLSv1.0 got released (RFC 2246).

How does SSL TLS work?

Which is better, SSL or TLS?

As the SSL is decent of TLS. Of course, TLS is more sophisticated and better than SSL. SSL is deprecated. New web browsers will not support SSL.

What OSI layer is SSL TLS?

Although, the name force you to say transport layer. Actually, it is functionally well suited in the session layer in OSI.