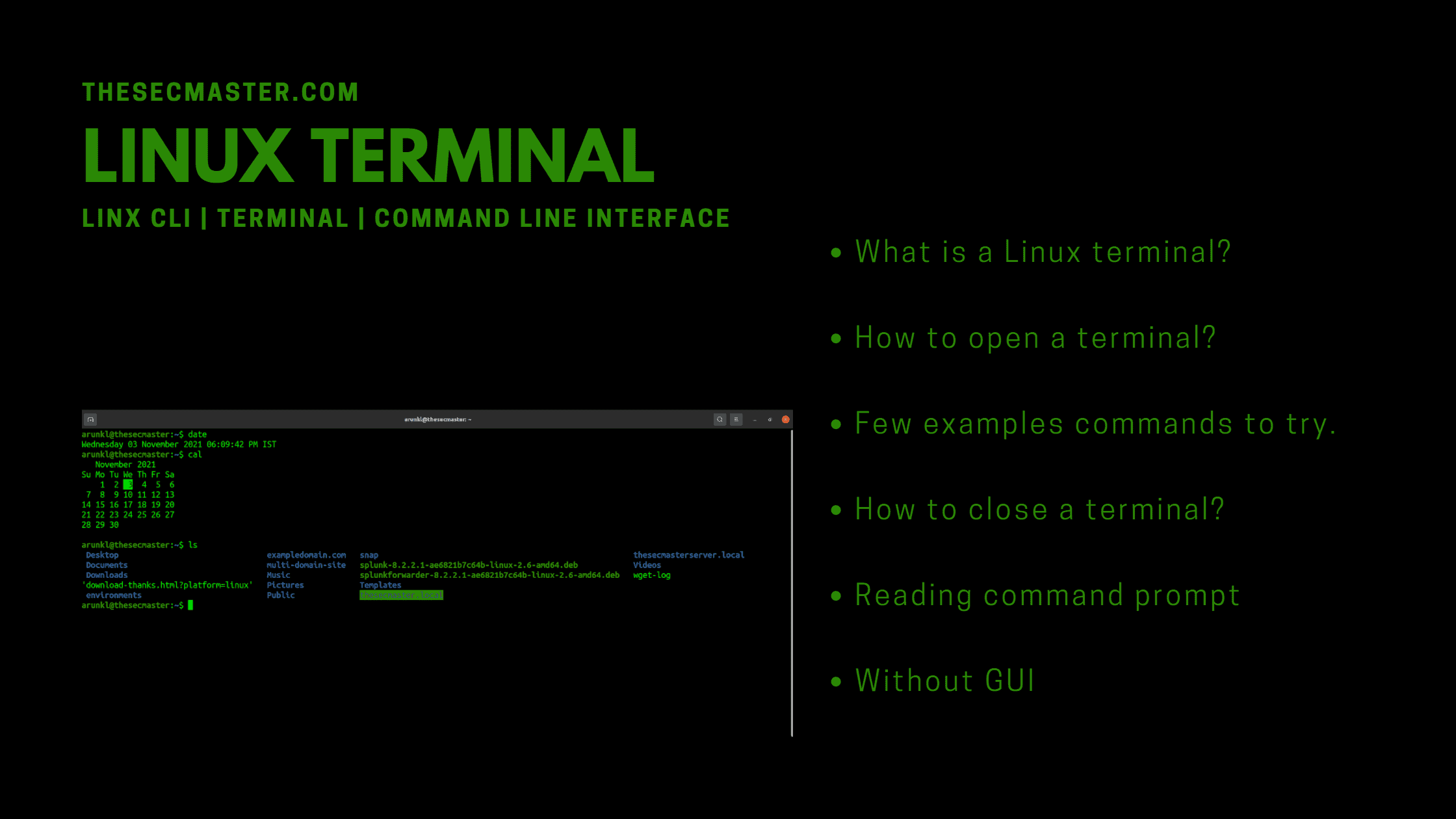 Now Graphical User Interface (GUI) has become an integral part of today’s operating system. This is the interface we mostly interact with to operate computers. Before there was GUIS, there were terminals. You can imagine today’s Command Line Interface (CLI) with terminals. You may not see a computer works only with a terminal today. However, they’re still around. The terminal is still considered a good companion for system administrators, developers, cyber security professionals, and students. Terminals are heavenly being used in writing and compelling programs & source codes, troubleshooting issues and setting up system configurations even today. It’s still considered most powerful interface to operate computers. This is not just the end. Terminal carries several advantages over GUI. It’s fast, flexible, powerful, robust, lightweight, good for remote logins. Isn’t these points enough to learn terminal?

A computer terminal is a bridge between the computer and humans. The terminal’ is an interface that connects humans with a computer. According to the Merriam Webster dictionary, a computer terminal is defined as “a combination of a keyboard and output device (such as a video display unit) by which data can be entered into or received from a computer or electronic communications system”.

What Is A Linux Terminal?

Humans and computers are two different entities, and the communication between them happens through peripheral input and output devices like keyboards, mice, joysticks, monitors, and speakers.

In the world of Linux, the input devices are called terminals, and the computer is called a host (CPU, RAM, and HDD). These are virtual terminals that allow us to connect with the operating system. When a command is typed in the terminal, it is the shell that carries the command to the OS and processes the task. Every Linux distribution has a shell program bash (Bourne es Again Shel). In simple words, the shell interprets the user commands.

An emulator terminal is a program that allows the terminal to be used in a graphical format. Because most people need an OS with a GUI to satisfy their daily device needs, most Linux system users will use a Terminal Emulator. All the commands are typed in the terminal emulator that executed through bash.

Every OS has Terminal emulators. For Windows, there is PuTTY for Mac OS X there is terminal (default) & iTerm 2. Similarly, in the case of Linux, we have a terminal.

Linux is a type of UNIX descendant. Linux’s main components are built to be like a UNIX system, and most old shells and text-based programs run very well on them. For example, one of these old 1970’s tools might also be hooked into and used by a new Linux computer. But now, a device terminal is even more common – the same old UNIX style text GUI, which runs in a browser next to your modern GUI programs.

How To Open A Terminal?

In the Gnome desktop environment, you can open the terminal in the search tab. You can also assign a keyboard shortcut in the keyboard shortcut app. You can add new tabs to your terminal window from File -> New terminal. You can switch between the tabs using the shortcut click ‘ctrl + alt +t’ or ‘Alt + [number of the tab]’.

Here are a few examples of commands you can try in the terminal.

How To Close A Terminal?

The message of the day (MOTD) can be customised by the user; this MOTD is nothing but a piece of information about the version of the Linux distribution.

Here’s what each part means

The experience is not entirely bitter for a person working without a GUI. GUIs take up more space and thus add more work for your processor. So if you are running large programs, you can try a terminal option that works fast on weaker machines as well. Command in line is much lighter and thus increases the speed of the computer. It is possible to web browse without GUL. Similarly, there are other possibilities like word-processing, presentation, instant messaging, email, music, spreadsheet and file management without GUI. It is entirely possible to live without GUI in feature.

For example, cmus is the music player in the command line. You can also stream videos in the terminals.

We are closing this post with some information that would help learning the terminal. We have covered what the Linux terminal is, how to operate the terminal in Linux, and other basic topics about the terminal.